skip to main | skip to sidebar

100 Followers and a bit of Addams Trivia!

Well, this week I must say has been a bit crazy and emotional for me. I started a couple posts where I was going to rant (about my job) and scream but I erased them. I really would like this blog to stay uplifting and about miniatures - haha. Anyway, no worries, things are getting worked out :)
BUT all this to say what a wonderful week for me to hit 100 followers!!! You guys just made my day. I am just floored that there are even 100 people out there interested in my little project thats hardly even off the ground (or desk). haha.
Thank you all so much!!! You are a big part of my day even if you don't know it. I love reading peoples blogs and reading comments and it especially helps on the rough days at work. So thank you all from the bottom of my heart!!
So to celebrate (since I have no minis ready for the occasion - that I can show...) I have put together a little list of Addams Family Trivia Facts..... its not much (there is more but I am just putting a few for now... more to come later in a contest or something...)
ADDAMS FAMILY FUN FACTS:
The Addams Family was originally a one frame cartoon drawn by Charles Addams in the New Yorker. 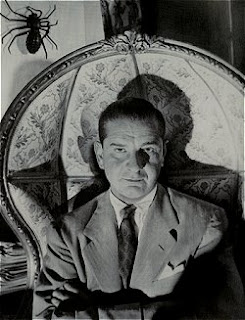 When the Addams Family was originally created, none of the characters had names.... they were given their names for the creation of the television series. 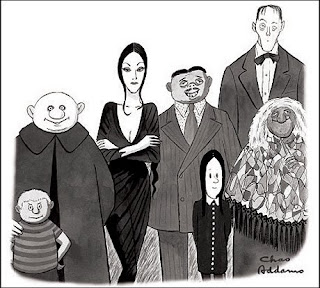 Addams Cartoon, Property of the Tee and Charles Addams Foundation

Charles Addams got to name all the characters, except he wanted Pugsley's name to be Pubert, which the network found to be too sexual sounding so they changed it to Pugsley. That is why the baby in the second Addams Family movie is named Pubert. 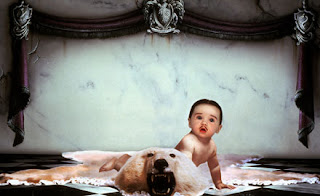 The Addams Family TV show was the first ever to show passion in a marriage. Morticia is always talking about 'later'.... 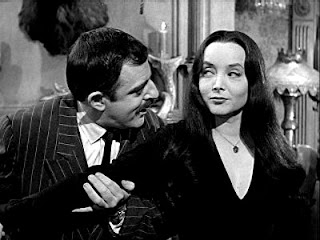 Image from Orignal TV Series my MGM Home Entertainment
Carolyn Jones, who played Morticia in the Addams Family tv show, was once married to Aaron Spelling.

More trivia and fun facts to come down the road...... Thanks again everyone!! Hugs, Ara

Ara
I am a person in love with Miniatures and the dollhouse world! I went to school for Architecture and in turn learned to enjoy model building and finishing. I look forward to sharing my creations with you!

Visit my other Miniature Blogs!!

**Blog for my other project:
Clue: Murder at Bentley Manor
(I need to get going on here!!) 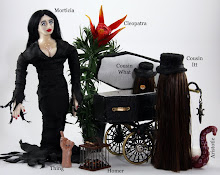